The 2020 presidential election is 432 days away and already the future of US healthcare is being fiercely debated. Healthcare is a topic that impacts all of us, even more so for those of us who work in the industry. No political agenda, no spin, no bias; this month I wanted to share some of the data that I’ve been thinking about as I contemplate the future of healthcare:

The challenge is daunting, but we’re excited about the role innovation and technology will play in the future of healthcare. There’s no more worthwhile pursuit than helping solve problems that impact so many people’s well being. 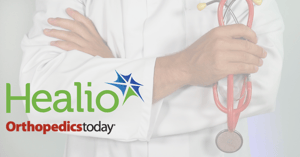 In an effort to improve care and reduce costs, CMS is encouraging a shift to value-based care through programs such as Accountable Care Organizations and Bundled Payments. However, in order for these programs to be successful, visibility needs to be readily available into patient progress across the continuum of care. Olio’s Dr. Stephen Ritter discusses the role collaboration plays in the success of value-based care in Healio’s blog, Value-based care requires collaboration. 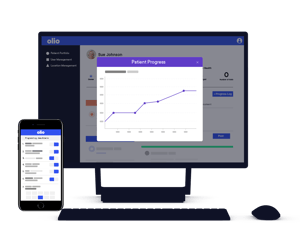 Healthcare providers are overwhelmed with excess and unnecessary patient information and data. Olio’s Progress Log feature captures and shares only the pertinent progress indicators for a specific episode or diagnosis. In under a minute, and from a mobile device, post-acute caregivers can share the actionable patient progress information that their health system partners want to see. Better collaboration is achieved through sharing the right data.

Next In the News: Powderkeg Tech Culture Awards Spotlight

Stay in the Loop

Population health and post-acute providers are on the same team. Olio helps you act like it.